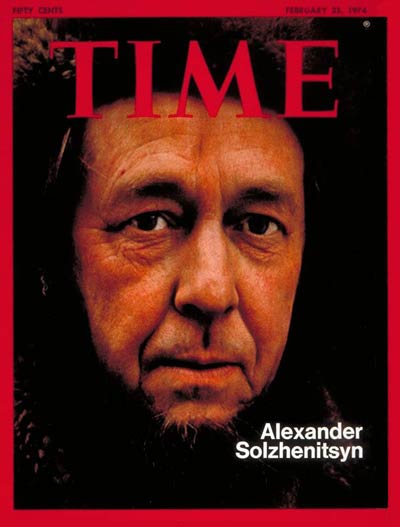 The intent of this article is to close out the previously hatched “Monumental” book recommendation where I started discussing A. Solzhenitsyn’s “Gulag…(Vol 1)”.

I wound up putting a good deal of information and excerpts in that article and probably went about 1,000 words longer than I originally planned. But THAT serves me well for the followup as I now briefly outline Vol’s 2 & 3 of his critical “experiment in literary investigation”.

Winston Edit ~ 3am: I only got to Volume 2 … excerpts and a few notes from Volume 3 will be added tomorrow and this article slightly amended. READ ON, Friends.

To summarize the earlier article:

So – here we are – about to provide a concise outline of Volumes 2 & 3 of this disturbing masterpiece.

OK – for starters here’s how the entire literary work (all 3 volumes) looks if you laid out a high level outline (based on his table of contents): 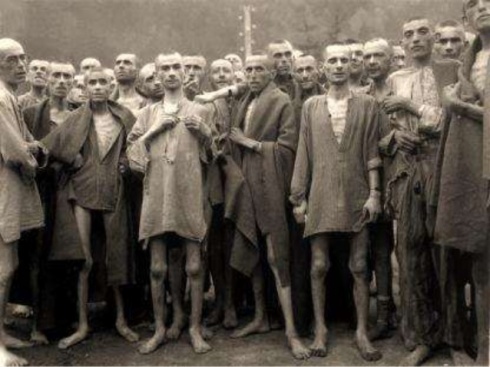 ** authors note: it occurred to me that I may have described this work as having 3 volumes and 8 books. It has 7 “books” within the 3 volumes – I’ll go back and correct myself if I can find the mishap.

So when you open up Volume 2 – at least the edition I have – there’s an interesting map on the inside cover.

The map shows the Western portion of the Soviet Union and has small symbols that resemble ‘watch towers’ – the top of the page tells you that these were the locations of Soviet / Marxist “Labor Camps”.

By the time you get to Volume 2 and you realize what’s taking place in their society and within those camps – you can only scan over the dozens and dozens of camps with a kind of numbed awe. Then you realize the back cover of the book has to be used to indicate the eastern portion of the USSR and all the camps that were located there as well.

With the Nazi’s – many of us (and I don’t think this is true only for history buffs) – we tend to KNOW the names of some of their camps. And the names – often resound with terror, darkness – one of the most unspeakable chapters in human history, no?

But …. who remembers any of the camps that were run by the Marxists?

Heck – I’d settle for someone who simply knows that they existed…..

Obviously someone / somewhere decided it was best to forget.
But for what purpose I wonder?

I mean, I mean remember the last time the History channel ran a series on the Soviet camps – can you?

Camps like the “Big Lubyanka” outside of Moscow and Krasnoyarsk just don’t carry the same emotional weight as Dachau do they?
But they should…

Didn’t all those lives matter? Did they die in vain?

Maybe the Marxists that are still among us (and actively marching to assume POWER in some cases) – especially the ones who have the reigns over the media – maybe they believe that THOSE camps ….. had the RIGHT KINDS OF PEOPLE IN THEM…..maybe those camps were part of a system that they intend to resurrect?

Maybe that’s why it’s been hidden from us in plain sight? For it HAS been hidden — there’s just no way something so systematic and inhumane could go on and on for decades – not even in remove Russia with ALL the secrecy of the iron curtain……

The author of the “Archipelago” talks about how he and his fellow inmates were SO EXPECTANT for the US to come liberate them….people HAD to know what was happening right?
((Later he writes his opinion that “The West” had simply had enough of war and wanted Peace at ALL COSTS…..but that’s another article))

Here are some things we learn from Volume 2 – please, as you read these facts, consider sharing them with someone who still believes that Socialism / Marxism is a desirable path for the US (or ANY nation …):

They cite each and every problem with the “black community” as being a problem stemming from — State Violence.

Not one shred of thought given towards self-inspection of behavior, attitudes or status of relationships with others. EVERYTHING lays at the feet of the “STATE VIOLENCE”

Heres a Link – WARNING: This links to a MARXIST WEBSITE

So – following the Marxist line of thought – you change ‘The State” – and there ARE NO PROBLEMS….

This will be the subject of my next article actually as a group like “Black Lives Matter” clearly fits into the Marxist Political camp and doesn’t represent all Black people whatsoever.

OK – so there’s an example of Marxism at work, folks – I could nail it down even better by bringing in people like Bill Ayers but I’m saving that for the next article.

Here’s a quick snapshot of some of the Founding Fathers that they don’t even know they HAVE — Marxists in the streets of early 20th century Russia – causing havoc and using violence to destabilize …it was their job as a “Vanguard Political Group” (later, many of them would be shot or enslaved in camps since they weren’t exactly useful to the new Ruling Class — AND they were a bit dangerous since they knew “The Playbook” for sewing seeds of conflict”

So, in closing, for Volume 2 of “Gulag” – we see a brutal image of a government with no opposition party, a government with total power, a government led by people who truly believe there’s no God, no soul, no right/wrong and no such thing as immorality……their “Progress” is to seize all capital and the means of production and exterminate anyone who opposes them……THEN history says that they contradicted themselves in several ways…..

Here’s a Huffington Post article that does a better job than I can at putting a human face on some of the atrocities – good to see that these human beings haven’t been totally forgotten:
HUFPO Article Focuses on Stalin’s Massive Purges around 1936-1939

Finally a quote from Russian great – L. Tolstoy about remembering – I think this is SO critical for understanding another reason to remember history’s lessons — especially the kinds of lessons that unfold in a literary work like this:

“What do  you mean, why remember?
If I have had a terrible illness, and I have succeeded in recovering from it…I will always remember gladly.
The only time I will refuse to remember is when I am still ill and have got worse, and when I wish to deceive myself.
If we remember the old and look it straight in the face, then our new and present violence will also disclose itself.“