While looking back through Huxley’s “Brave New World” last night I re-read the author’s ‘Foreword’ and was encouraged by the opening paragraph.

It’s not that the words are cleverly crafted or deeply philosophical (especially for someone with an intellect like Huxley’s) – but the simplicity of the notion itself is what rang true with me…and in that moment “encouragement happened”.

So – I thought I’d share those words here and then get on with the rest of the day (which will include more work on the coming article addressing the “Black Lives Matter” movement here in the U.S. and elsewhere).

In my copy of “Brave New World”, Huxley states that:

Chronic remorse, as all the moralists are agreed, is a most undesirable sentiment. If you have behaved badly, repent, make what amends you can and address yourself to the task of behaving better next time. On no account brood over your wrong-doing. Rolling in the muck is not the best way of getting clean. 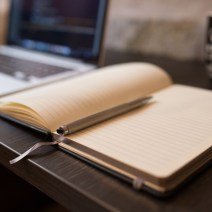