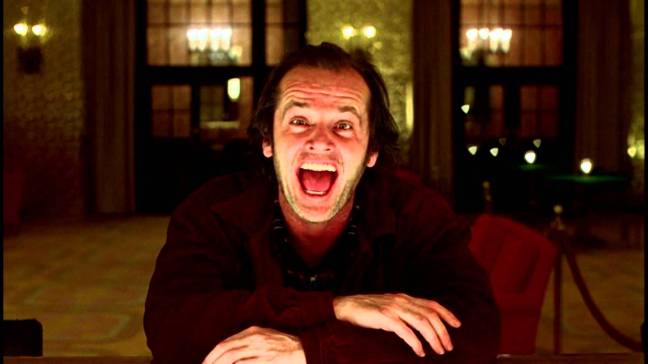 …selling a book and hitting the circuit. He’s not directly attacked the new President (nor should he) but has lightly touched on some of the current issues that our prevalent in our media – here’s an article from CNN – CNN – Link – Where New World Order-Junior – Doesn’t Say Much At All Really

The Obama article notes that he’ll be joining his former Attorney General (who also ran guns to Mexican Drug Lords [ref: “Fast and Furious”] but never held accountable) AND has the distinction of being the ONLY US Attorney General to ever be held in contempt by Congress (for refusing to hand over documents related to said gun running).

Together they are planning to wage a 3 year campaign to redraw political districts within the states via their newly formed organization “National Democratic Redistricting Committee” – apparently they are doing this to make things more fair for the Democratic Party (because having non citizens and dead people vote for them …. wasn’t enough “fair” by their measure). Here’s Another Link With a BIT More Detail –

President Bush has also been in the public eye recently. 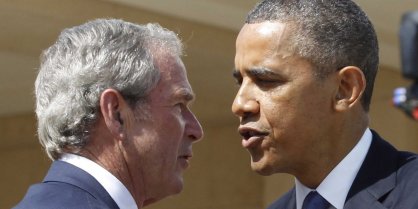 CNN makes it sound as if the actions of these men are more or less the same type of “return to politics” but from what I can tell up to this point — that’s not true at all.

Bush ia releasing a book and saying very little in these interviews – at times and not responding to questions with an answer at all (like the linked, and un-dying “Russian Link” question).

So – if nothing else – we can all sleep a little easier knowing that the two worst Presidents in American history are both out there saying things and changing the rules so they can win more elections ….

Obama’s “return to politics” includes a new politically charted organization designed to directly sway election outcomes at the state level. And he’s teaming up with Eric “Gunner” Holder to start a 3 year cycle of lawsuits against States (cause NOTHING says “democratic” more clearly than a lawsuit backed by unlimited corporate funding to MAKE you do whatever I deem “fair”) and the new organization are actually calling it a Battle for Democracy….

I suppose that’s better than battling the legal challenges of international gun running to drug lords…..so he’s got THAT going for him.

You have to love this bit as well — it’s ALMOST circular logic…but it’s really more like listening to someone who thinks that the people listening to them aren’t capable of critical thought and won’t see through this latest attempt to rig the system in favor of an even WORSE system based on Marxist concepts == here’s the quote — see if you can tell where the B.S. kicks in…..

“The NDRC is looking to be an intensified central force for Democrats to tackle their disadvantage in gerrymandering. The mission is to direct resources into winning targeted state elections, push ballot initiatives for nonpartisan district-drawing commissions and wage legal challenges to existing maps. The hope is that this would put Democrats in a stronger position in state houses, but also in the U.S. House of Representatives”

This article has information showing that both of our major political parties have complained about state districting – but this effort seems to perhaps be the most direct, best funded way of telling the states that they don’t understand how to vote for the right people.DailySignal Link – Showing Us that Democracy Just Needs a little extra corporate funding and ballot “initiatives” at the state level — from outside agencies set up to aid one specific party … so they can be TRULY Democractic

Personally I don’t think either major political party should be setting up “non partisan” legal entities with access to unlimited funding from corporations/labor unions …. perhaps Mexican Drug Lords (but only the moderate ones, I’m sure) — in order to ensure that their party gets more votes.

So this is an item I’m going to try and follow more closely — it just doesn’t seem very “Democratic” or “Non Partisan”  …in fact it seems JUST LIKE THE OPPOSITE OF THOSE THINGS……like a more organized, but much more corrupt version of kids losing a game and trying to change the rules so they win next time around….

By the way — the States absolutely  should have the final say in how their state is organized  for voting as long each US Citizen who meet the voting requirements are only counted once. The

So – thinking out loud – here are some things I’m going to watch for as Obama “comes back into politics” – with a former A.G. who ran guns to Drug Cartels (probably in the name of ‘fairness’ too…)  and a bright SHINY new corporate funded-political machine – designed to make our states understand how “fair:elections are run.

i’ve added a link to the newly created D-Party Vote Getting Political Organ….and I see that since January, they’ve already started filling lawsuits against at least 2 of our states … the website proudly notes that they’ve already started working through federal judges to declare Wisconsin and Alabama’s approach to counting votes as — UNCONSTITUTIONAL……..

Here you go, State governments –= the federal government has arrived and plans to help you understand how to oversee / design / plan your STATE LEVEL voting cycles CONSTITUTIONALLY….and ALSO ensure that the next federal election is truly “fair” …..It’s Late and I have to Go Throw Up Now

This whole thing reminds me of the quote below from former Communist Premier, L. Brezhnev – 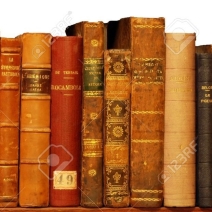 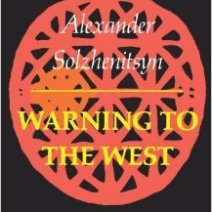 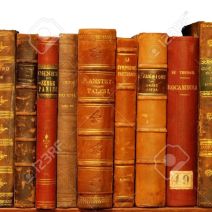 2 thoughts on “Eric Holder and President Obama Are Part of a New Organization Dedicated to Ensuring Our States Understand How to Manage Their Elections …. “Fairly””