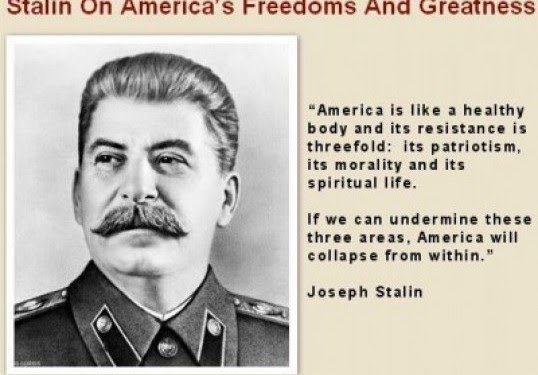 1/15/17: Edit to add emphasis and details on the reference to “Multi Front Attack” – and also link Reuters reporting that Russia is experiencing some type of “Cyber Attacks”

Throughout the course of the day as I had one part of my mind on work, another on the very sick person in my home and yet another on the fact that we are now 1 week from the Trump inauguration…..and Soros and all his Emotionally Afflicted Marxists are gearing up

a) The Legitimacy of ascending President Trump

b) The Demonization of anyone who would DARE oppose their efforts to disrupt (or even stop) this Democratic, Constitutionally honored process…..demonization being quickly supplanted by violence by the way…..

(I’m not even mentioning the all out assault in the media on anything Russian right now…..as we move tanks into their backyard!)

A few quick points and historical connections came to mind as I went out for a quick grocery run tonight (and saw a wonderful, encouraging woman I work with — she probably  didn’t even know she was being an encouragement in that brief conversation we had)***

The “Anarchists” have already declared that they are going to try and make this the single biggest day of protests America has ever seen.

Reuters Link – There Are Many Others

^^ Anyone still calling this stuff a “PROTEST” needs to have their head examined…..JUST LIKE their murderous Marxist forefathers — they are using TERROR…..TERROR which has already shown the willingness to use violence — Terror which is now starting too look DESPERATE (and that’s what worries me)

Right AWAY that tells us a few things about them (you see, the Marxist Left is both too urgent and too arrogant now to care if you’re truly paying attention and seeing the cards they’re playing,,,,)

HYPOCRITES (for embodying the intolerant, close minded, violent behaviors that they continuously accuse others of exhibiting)

COWARDS (for not calling out their own “leaders”)

The only thing that remotely lends some compassion to some of these “shock troops” is the fact tat SO MANY fit the mold of human fodder that will not have any meaningful place in a Socialist / Communist State…..some may even find that they’re the new enemy if their masters get their way.

It’s one thing to have some of the ‘traditional’ debates and disagreements between “Left” and “Right” — that’s not a problem and when done in good candor – it’s healthy.

What you have now is a Revolution heating up and a group of people that are not transitional “Leftists” — these are people who represent and very vocal and very organized segment of the Left that WANTS TO CHANGE THE VERY TYPEOF GOVERNMENT WE HAVE.

The Communists told the West time and time again that they were ultimately coming for World Empire.

They promised that they’d BURY US and they said these things as they were systematically running one of the larges, most brutal SLAVE STATES to ever exist…..they targeted and exterminated tens of millions in Death Camps that outnumbered anything Hitler and his Reich ever tried to assemble.

Not only do they want it — they’re starting to appear willing enough to try and STEAL THEM after the US Public managed to avoid electing their mentally ill, criminally insane candidate — Mrs Hillary R Clinton……hopefully she’s doing well these days …something tells me that she might eventually prove to be past her use…..or maybe once the door of power looks like it’s closing on her once and for all — maybe she decides to talk…..her chapter in all this is still yet to be played out. She’s probably more of a wildcard than most are thinking.

If Trump manages to get in a hold onto power (AMAZING that we have to think that way in a US Election isn’t it???) — I’d look for her to become an increasingly desperate figure who may wind up in a very bad headline in the first year of the Trump-Era.

Just some thoughts before settling in for a movie with the family (first movie I’ve sat and watched in 3 weeks?)

** And when I say that it’s a multi-front “attack” I mean that in a similar sense that the U.S. Military would characterize “A-Symetrical Warfare”….other terms might be ‘Irregular Warfare” or possibly – “Guerrilla Warfare”

But the words have softened so that the actions of our leaders (and I’m certainly looking at the Bushes and Clintons here as much as I am Mr Obama) can be made to seem more soft…. less harsh even…..would you rather endure “GUERRILLA WARFARE!!!!” .. or “Asymmetrical Warfare?”

The former sound like it might involve punji sticks and bamboo under the fingernails as road side bombs detonate on anyone who happens to pass…
The latter sounds like it may just be hyper-marketing fear into a body public in order to suppress them…..and many many other possibilities..

George Orwell (aka Eric Blair) had a nice critical essay on contemporary political language (i.e. “Politics and the English Language” – included in his work All Art is Propaganda….you should get it — the essays are all over the place but I think you’ll soon realize that the world badly lacks/needs that level of intelligent, insightful, and (mostly) objective political criticism like that anymore….among other things  he noted that:

“Political languages…from Conservatives to Anarchists — is designed to make lies sound truthful and murder respectable, and to give an appearance of solidity ro PURE WIND“[emphasis mine]

Here’s the link to the Russians reporting cyber attacks (which, depending on the criticality of the infrastructure targeted — could be considered an act of war)  within the past 24 hour……

Don’t ever underestimate your ability to change the way someone thinks or influence the type of day their having, You have no idea how THEY may then go on to make other positive impacts with the people and events in their life.

….and now….I need to see something peaceful…..